„I LOVE THE TRANSITORY: FASHION IS MY PROFESSION.“ - Karl Lagerfeld 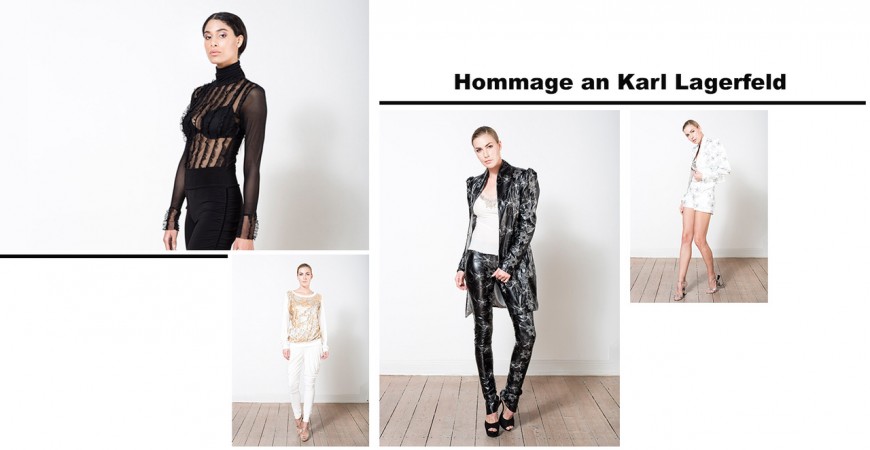 According to Karl Lagerfeld fashion is transient but he made fashion history. His name is familiar to most people, but how did Lagerfeld start his career as a fashion czar?

He moved to Paris at the age of 14 and learned drawing and sketching at the Lycée Montaigne laying the foundation for his fashion design.

His first success was in 1954, winning the "International Woolmark Prize" in the category "coat". Shortly after he was hired as a junior assistant in the French couture house Balmain.

"FASHION IS LIKE MUSIC. THERE ARE MANY SONGS. YOU MUST PLAY WITH THEM. WE ALL HAVE TO CREATE OUR OWN MELODY "

Since then Karl Lagerfeld played the music in haute couture which he left in 1963 to work as a freelance clothing designer. At the time this was considered as a very bold move.

"FASHION IS THE MOST BEAUTIFUL ILLUSION YOU CAN HAVE."

Lagerfeld, who was formally influenced by his work in couture, then went on to Chloé in 1963 where he learned his free approach to design.

In 1965 he began his six-decade career at the Italian fashion house Fendi which gained international fame through Lagerfeld’s work.

In 1974 the fashion czar founded his own fashion company in his own name, thereby becoming a trademark.

"ELEGANCE IS AN ATTITUDE."

In 1982, Lagerfeld was called to continue Gabrielle Chanel's legacy when Alain Wertheimer* asked him if he wanted to work for the fashion house. This announcement caused a stir. The fashion world was curious to see whether this free spirit was worthy of the heritage, but his first show silenced any doubters.

"IF YOU MAKE FASHION, THEN YOU MUST LOVE FASHION."

In numerous collections his innovative design continued to impress at the house of Chanel. His breathtaking show concepts, elaborately realized in the Grand Palais, topped everything the fashion world had ever seen and hit the ‘zeitgeist’. He continued to extend the boundaries of fashion interculturally. At the House Chanel he shook off the dusty reputation of haute couture and gave the brand a young modern face.

"FUTURE IS THE TIME REMAINING."